Why does Tobi put up a goofball facade initially?

Tobi acted like a goofball to hide his true nature. Pein was the leader of Akatsuki, but

Tobi was the one pulling the strings behind everything so he had to mask his true identity and seem unworthy of investigation.

Tobi made himself look weak and useless, which is perfect for his disguise. 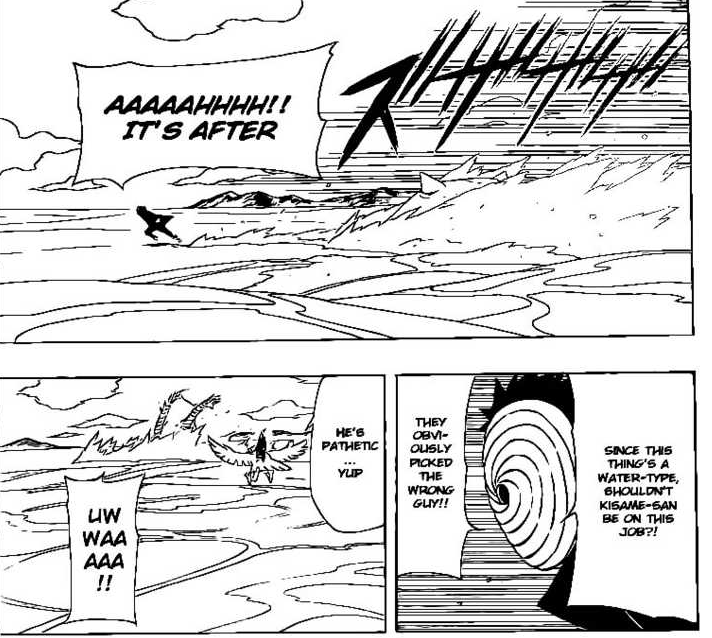 Well, deidara did express some negative connotations and resentment towards the Uchiha clan and their sharingan. Since he was paired up with Deidara, if he had expressed his identity of Madara in the beginning, that may have created possible tension/conflict. But, that is only speculation and a small fragment of the possible answer.

I think there might be just two key reasons from which other explanations to his fool facade come.

For one, the writing pov, it was an interesting plot device to remove viewers' attention from him as a relevant villain and focus on the Naruto-Sasuke overarching drama. His attitude also lightened up the atmosphere when sometimes it could get too dark (it is still a manga for shonen) and return hope to viewers that the good side will win (since the bad guys seemed to have an irredeemable idiot on their side). Further, when Tobi started showing his true colours (albeit in a slow tempo), the contrast between his joker-like attitude and his mysterious grand powers would make viewers confused, maybe slightly scared of him and scared for the well being of the good guys (since there is this weird goof who starts teleporting and becoming untouchable in the most stressful of situations). These emotions are pretty important to keep interest in the manga/anime, develop the plot, offer a more complex nuance to it and so on.

Now for the second reason, from Tobi's character pov, he adopted this attitude so he would not attract attention to him, since if anyone knew there was a roaming left-dead-but-still-alive Uchiha who was hat powerful Tobi would become a straight-up target. Now he still pretended to be Madara because that name evokes much fear so any potential hunt for him would be delayed until careful plans are developed (which would give him enough time to further his own agenda). Additionally, by appearing stupid, none of the Akatsuki would pay attetion to him, hence allowing him to observe the members and adjust the managing of the group.

Another possible answer (though it answered very well by others) -

In ep344-345 in Obito and Madaara episodes, we see one of "Hashimura clones" acting in very stupid way, or as this question title suggest - goofy way, he joked about poop things and such, and actually his shape has the same pattern of Obito "Tobi's" mask.

When seeing those episodes, you can see properly that Obito knows well how to play another role with another voice, and he copied that "goofball" personality as well as he copied Madaara's voice and personality. You can say that in some way Obito "merged" with that clone.

Now, this may answer why he chose the goofball personality on purpose rather than making new personality, but the other part of the question is answered by others.

Madara told Obito/Tobi to use his identity until he is revived. Since he used Madara's identity, he had to wear a mask, otherwise some may had revealed that he isn't Madara.

Found in this Wiki on chapter "Moving the Plan Forward" and from Chapter 606 in the Manga.

3
What motivation did Hidan, Kakuzu, Deidara, Sasori have for joining the Akatsuki?
2
Why was Tobi not proactive after all missing nins got recruited for Akatsuki?
7
Why did Itachi seek Tobi's help?
3
Why was Kisame surprised when he saw Obito (Tobi/fake Madara) without the mask the second time they've met in person?
1
Before Tobi/Madara fought Konan, why no one tried to attack him while he's transporting himself?
1
How was Madara so sure that he would be able to get his Rinnegan back?
1
Is Tobi the same as Obito, disguising as Madara?
1
Who captured Kokuo and killed Han?
2
Who does Sasuke think Tobi is?