Dragon Ball is a shounen manga and anime about the adventures of Son Goku and his companions, who use martial arts to defend Earth against all kinds of villains: intergalactic space fighters and conquerors, unnaturally powerful androids and near-indestructible magical creatures. 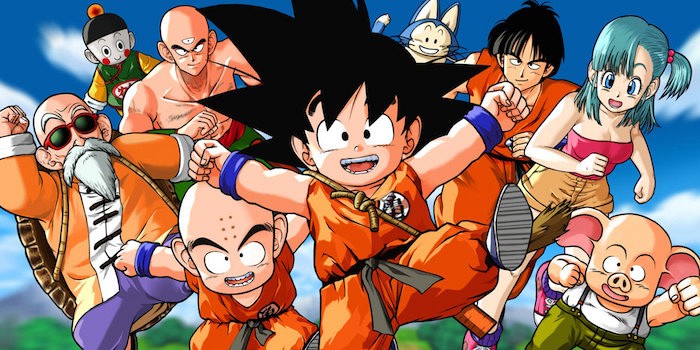 Bulma is a girl in search of the mystical Dragonballs that when brought together grant any wish. In her search she bumps into the owner of one of these balls, a strange boy named Goku. The two then set off together, Bulma in search of the Dragonballs and Goku on a quest to become stronger.

Dragon Ball follows the adventures of Son Goku who, along with his companions, defends the earth against an assortment of villains ranging from intergalactic space fighters and conquerors, unnaturally powerful androids and near-indestructible magical creatures.

The Wikipedia Entry about Dragon Ball

What does the Namekian password for the Dragon Balls translate to?

Was Naruto's design inspired by Goku's?

Is the Tenshinhan's Shin Kikoho technique, a triangle or square?

How did Goku and Vegeta alone end up on Earth?